How PTSD affects more than just those in the Military 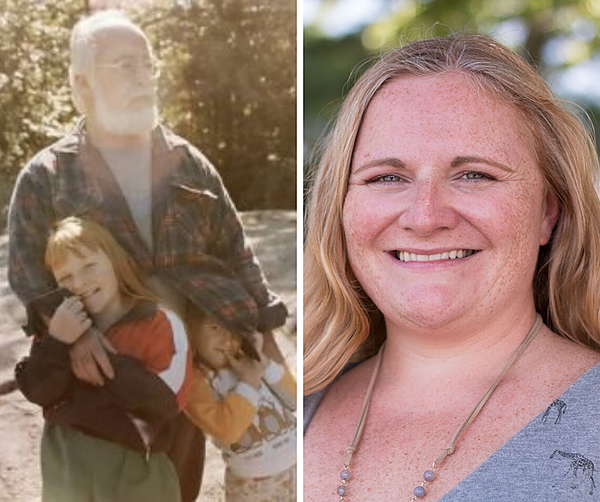 Veteran’s and Active Service Men and Women hold a special place in my heart. I can think of no greater sacrifice than the sacrifice that these men and women make, in protection of our freedom and security of the United States of America. They not only sacrifice their lives, but, for the ones who come home, many have sacrificed their bodies and minds to our country, in the forms of PTSD, anxiety, depression, chronic pain and bodily injuries they must live with for the rest of their lives. This not only affects them, it affects their families deeply, too.

I should know. My dad was a Vietnam Vet, diagnosed with PTSD later on in life when he was triggered after the 9/11 attacks to finally ask for outside help. Right when he was finally starting to make some real strides in his mental health, he was diagnosed with an aggressive form of prostate cancer, known to be caused from exposure to Agent Orange in Vietnam. He was given 6 months to live and miraculously, through his sheer strength of will and some excellent care, extended that to 3 years finally passing in Sept 2015.

Some of you know what its like, to grow up with a family member affected by PTSD. Where instead of happy events in life to celebrate, like holidays and other life milestones, these are actually triggers for major anxiety, depression and rage attacks. Strange things you simply take for granted as “normal” life as a kid, like making sure to be very quiet and even keeled, at all times, so as not to trigger the outbursts that frankly, we never had control over, in the first place. And an overwhelming sadness, confusion and sense of obligation and helplessness, to know that your Dad saw some really horrible stuff in his life, so horrible, that it still affects him years later, and can never be erased.

As an adolescent (like most), I got annoyed and sick of Dad’s triggers and outburts. I started hanging out with other families with non military backgrounds and started realizing there were other ways to be. I felt personally hurt to be his sponge for all of the negative effects of war. I was mad and conflicted that I could be in a country so great, the place dreams are made of, that had left my Dad unable to cope with his every day life, struggling and fighting every day for happiness and sanity.

I went away to college in Boston. In my psych classes, I learned that many Vets are homeless. I used to see this white bearede homeless man at an atm on the corner of Mass Ave and Huntington. His haunted face gave me the creeps. I thought to myself, that could have been my Dad. I grew up. I realized things, as we all do, that our parents were not Gods, but human. Now, I see that he was only doing the best he could. Now, hearing of others, committing suicide, being addicted to drugs and alcohol, and getting in trouble, or ending up homeless, I see that my Dad, addicted to self help books, energy work, self care, massage, trigger point release, body building and nutrition, was actually a hero in his own right. He was drafted by The United States of America to protect us, and he went willingly. He fought in Vietnam, he came home, and despite his mental state, was still able to instill in my sister and I his spirit, and his life lessons.

My dad is the reason Skin to Soul exists. I vowed to create a place, that could help people. Not just on the outside, with acute and chronic muscular issues/pain, but on the inside, too. To teach and educate our community on the importance of taking care of yourself, of how much stress and inner turmoil manifests into physical ailments, and how we can learn to take care of ourselves.

In the spirit of Thanksgiving and Veteran’s Day, I am extremely grateful for my Dad. For the lessons he imparted in me. I am grateful to his service to our Country, for preserving the values we as Americans take for granted. For the ability to be able to start my own business as a woman, in America, and be successful. And for our customers, that do see the value in taking care of themselves, for being strong enough to continue their own inner fights, to know when to ask for help, and for us to provide that avenue to do it.